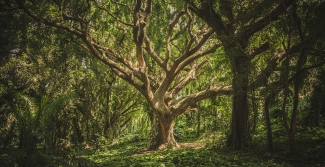 5 amazing eyes of the animal kingdom

Photo by veeterzy on Unsplash

Having good vision is an important part of our everyday lives. Our eyes have evolved and adapted over many years and they are the second most complex organ after the brain. They allow us to process 36,000 pieces of information in an hour and see 500 shades of grey. However, in comparison to some of the other eyes in the animal kingdom, that’s nothing!

Photo by Pierre Bamin on Unsplash

As well as being able to change colour to blend in with their surroundings, chameleons also have unusual and highly adapted eyesight. The eyes of a chameleon move independently, meaning they can look in two different directions at once. This allows them a 360-degree field of vision to scope out their surroundings.

Chameleons’ remarkable eyes also allow them to focus on two things at once, enabling them to both avoid predators and catch their pray. By focusing both eyes onto one object, they get an even greater depth perception, which is how they can catch a fly as it zips past them.

Did you know? The smallest known species of chameleon is just 1.5cm and can sit on the tip of a matchstick.

The colossal squid – not to be confused with the smaller giant squid - has the biggest eyes in the animal kingdom. They measure almost 30cm across – that’s the size of a dinner plate! They live 2000 – 3000 feet below sea level, where there is so little light that many other living organisms rely more heavily on senses other than sight. However, the colossal squid’s huge eyes are essential to navigate the darkest depths of the ocean. It’s recently been suggested that their eyes are so big in order to detect sperm whales – their only predators.

Did you know? The Colossal squid was first identified in 1925 after two tentacles were discovered in the stomach of a sperm whale.

An owl’s vision is highly adapted to hunting at night. For this reason, they have a large cornea and pupil to allow as much light as possible to enter their eye. Their eyes are permanently forward-facing and fixed into their sockets, which is why owls must turn their heads to look around. Far-sighted owls cannot see anything within a few centimetres of their eyes, but their far vision and depth perception is excellent, particularly in low light or at nighttime.

Did you know? A group of owls is called a ‘parliament’.

This unusual little lizard earned its name because its body mimics a dead leaf, and its eyesight is similarly adapted to its surroundings. Most geckos can’t close their eyes, and they are 350 times more sensitive to light than human eyes. Instead of an eyelid, leaf-tailed geckos have invisible scales covering their eyes which they often clean using their long tongue. Their distinctive slit pupil gives this nocturnal creature enhanced vision at night.

Did you know? The leaf-tailed gecko can voluntarily shed its tail in order to evade predators.

Photo by Mihajlo Horvat on Unsplash

The eyes of a dragonfly have evolved in a very different way to the human eye, and they are incredibly complex and advanced. A dragonfly’s eye has 30,000 facets, each of which captures an individual picture and allows the dragonfly to be able to see in all directions and intercept prey mid-flight. Much like the chameleon, dragonflies have a 360-degree field of vision, and are adept at avoiding predators.

Did you know? It is seen as good luck if a dragonfly lands on you.

So, there you have it! There are some truly incredible eyes in the animal kingdom. If you’re curious to find out more about your own eyes, as well as some more fun animal trivia, check out our article ‘101 amazing eye facts.’