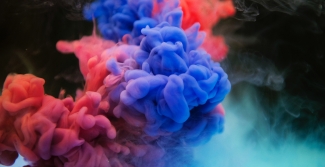 Photo by rawpixel on Unsplash

Synesthesia is a condition in which one sense is activated and simultaneously another unconnected sense is activated. For example, someone may perceive the number 12 as a shade of green or experience a sweet taste in their mouth after playing a note of music. The American Psychology Association suggests this affects one in 2,000 people.

Photo by Daniil Kuželev on Unsplash

Some researchers do not believe synesthesia to be a neurological condition, as brain scans don’t reveal any differences in those who have synesthesia and those who don’t.

It is assumed that one sense evoking another goes back to childhood memories. For example, someone may have made an association between, a letter and a colour because in the past they could have seen that number written on an alphabet block in the exact same colour. However, other researchers assume that the experiences occur because of a crossed connection in the brain.

A common test to find out if you are a synesthete is to ask about the exact shade of colour someone is seeing while reading a certain letter. After a year, the same person is asked to identify the colour they see for the same letter. Only someone who really is synesthetic will tell you the exact same colour, despite how long has passed since they first identified it. Someone who can’t identify the same colour is most likely making it up.

It is not known yet what is causing synesthesia, as research into the condition is relatively recent. What we do know is that:

This is the most common form. A person experiences colours at the same time as seeing a number or letter. What is perceived varies between one person and another. Someone might see the colour orange in the letter N, whereas someone else sees the colour blue.  However, it is common for people with this form to perceive the letter A to be red, the letter B to be blue, and the letter C to be yellow.

With this form, a sound is associated with a colour. The sound of a word, music or a voice causes people to visualise colours around them, or see them in their mind’s eye.

Mirror-touch is newly discovered and is a very rare form of synesthesia. This is where someone experiences the emotions or sensations felt by another person. The severity of this condition can vary. For example, someone may feel severe pain in their arm after seeing someone else suffer an injury to their arm whilst others may feel a slight tingling sensation.

Do I have synesthesia?

According to American neurologists Richard E. Cytowic and David Eagleman certain eye conditions may cause symptoms of synesthesia. Injury to the eye, cataracts, macular degeneration and glaucoma are just a few examples of eye conditions that may distort vision.

If you suddenly associate a letter with a colour or see a colour when you hear a certain melody, it might be worth a visit to your doctor. Synesthesia is usually present from early childhood, therefore experiencing it suddenly in adulthood may be a sign of something else.