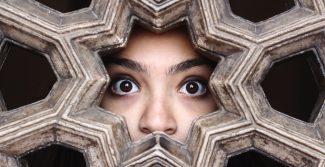 Our eyes are one of the most fascinating and complex parts of the body. How much do we really know about them, and how they work? We rely on them every day, yet we don’t give them much thought until something goes wrong and our vision is affected. We’ve listed 101 interesting facts that you may not know about eyes!

Like these eye facts? Check out our 7 amazing facts about your eyes infographic!