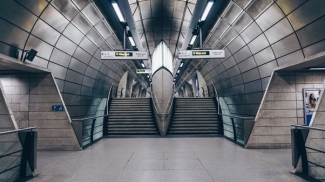 The best tube lines to apply your makeup, revealed!

Whether it’s commuting to work or meeting up with friends, we’ve all been in a situation where we’re running late and find ourselves applying makeup on the tube. For many of us, this is a challenge in itself; the heat of the carriages, finding a seat and the risk of getting knocked over on a busy line.

But have you ever wondered which are the best and arguably safest lines to do your makeup?

Lenstore has analysed London’s 11 tube lines to determine the best and safest tubes for doing your makeup and has ranked them across six different categories: temperature (degrees celsius), customer satisfaction, busyness, average off-peak speed (km per hour), overground score (% of the route that is above ground), and the age of the line to determine what line is the best for applying makeup.

The Metropolitan line is named the best line to apply makeup, followed by the Circle line and Hammersmith & City line 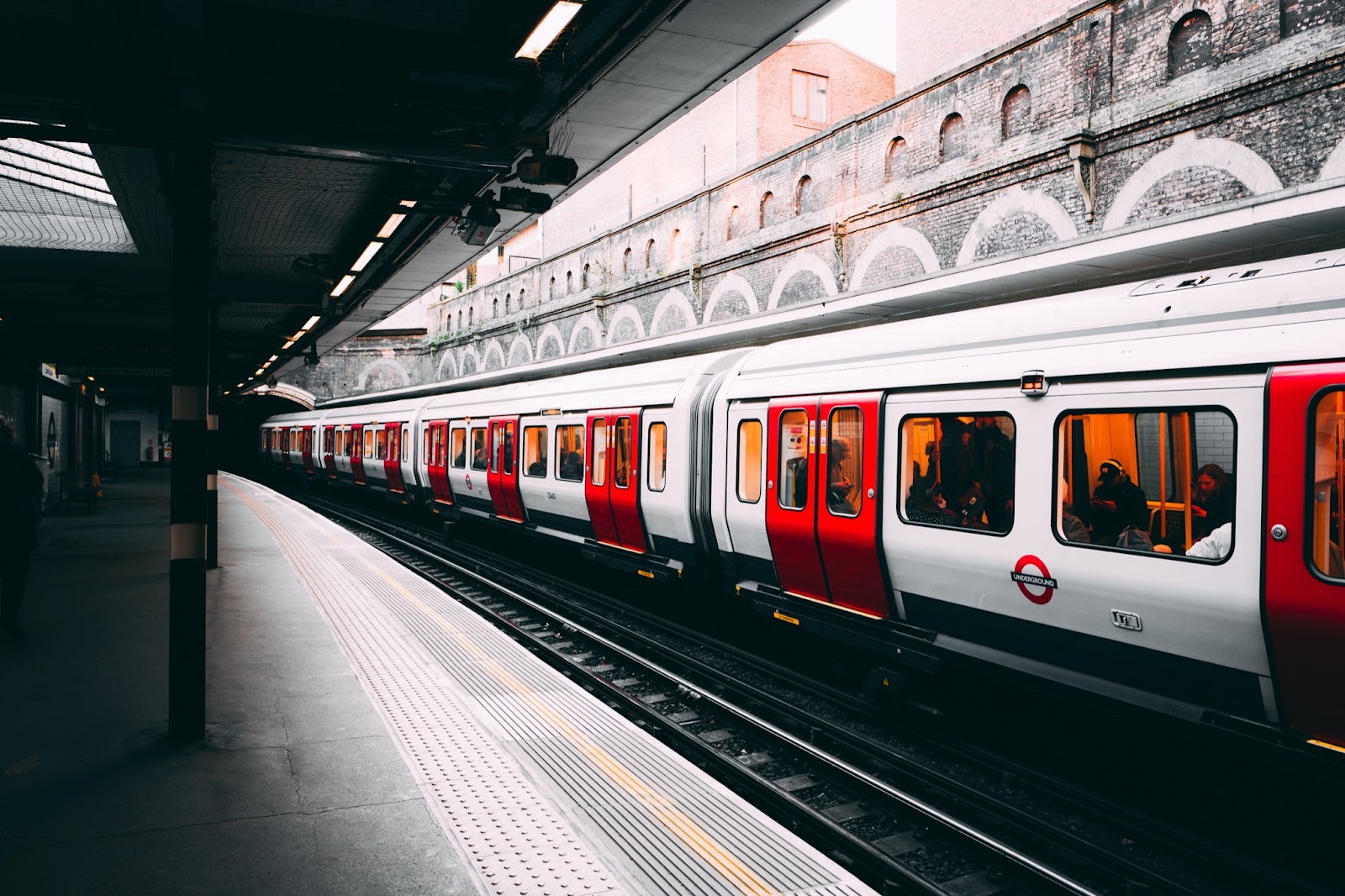 The best London tube lines to apply makeup are:

Although the oldest tube line in London, The Metropolitan line has been named the best line for makeup application. As one of the less busy lines throughout the capital, you won’t need to worry too much about getting distracted or knocked into someone whilst applying your foundation or blush. You are also more likely to get a seat on this less busy tube line, with makeup expert, Saffron Hughes from False Eyelashes emphasising how much “this makes the process of applying your makeup in a moving vehicle a lot easier!”

Our research also found that The Metropolitan is mostly above ground (76.5%) meaning that you’ll be able to apply your makeup in natural light. As well as natural light, temperature is an important factor to consider when applying makeup. No one wants to apply makeup with a sticky forehead. Although our research found that the average temperature for this line is a very warm 32 degrees, it’s one of the only tube lines that has aircon, meaning you don’t need to worry about that makeup coming off your face before your journey is over.

The Metropolitan line covers 34 stations throughout London, namely west London, so if you need to quickly apply some makeup, incorporating this tube route into your commute may be a saviour.

Following in second place is the Circle line. Due to its wider carriages, the Circle Line is more spacious than most; again, minimising the risk of getting knocked whilst doing your make-up. Along with the Metropolitan line, the Circle line also has air conditioning and moves at an average speed of 22.7 km/h resulting in a cool and smooth journey.

Other tube lines that Lenstore found are good for applying makeup include the Hammersmith and City line, the District line, and the Bakerloo line. 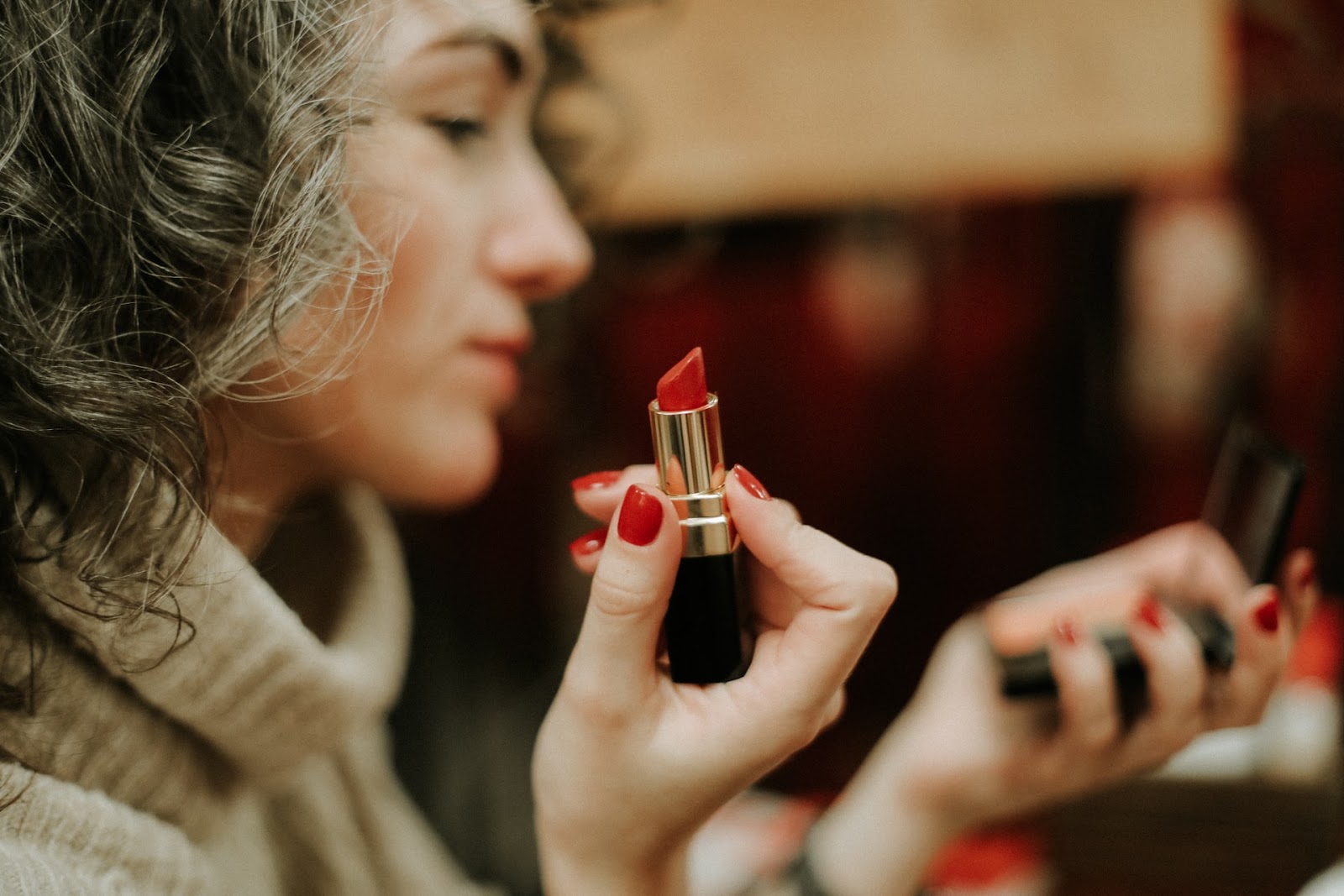 The worst London tube lines to apply your makeup include:

makeup. One of the longest lines in London, the Northern line covers 52 stations - including the busiest station, Kings Cross St Pancras which sees 149,150 weekday entries.

As one of the busiest tube lines, you’ve got little chance of finding a seat and having enough room to apply some makeup. If you’re lucky enough to find a seat, the average temperature is higher than other lines at a baking 32.4 degrees celsius, a shocking 13.25 degrees warmer than the coolest of lines; the Waterloo & City. In addition, the lack of aircon makes it even more of a challenge to apply your makeup.

The Victoria Line has been named the second-worst tube line for applying makeup on. Going from south to the north east, via the West End, the Victoria line is another busy tube line. As well as being extremely busy, our research shows that the average temperature on the Victoria line is 33.5 degrees and has zero natural sunlight throughout its duration, making it a less than ideal location for makeup application.

Central, Piccadilly, and Waterloo & City are also lines we advise you to avoid when wanting to apply makeup, if possible. 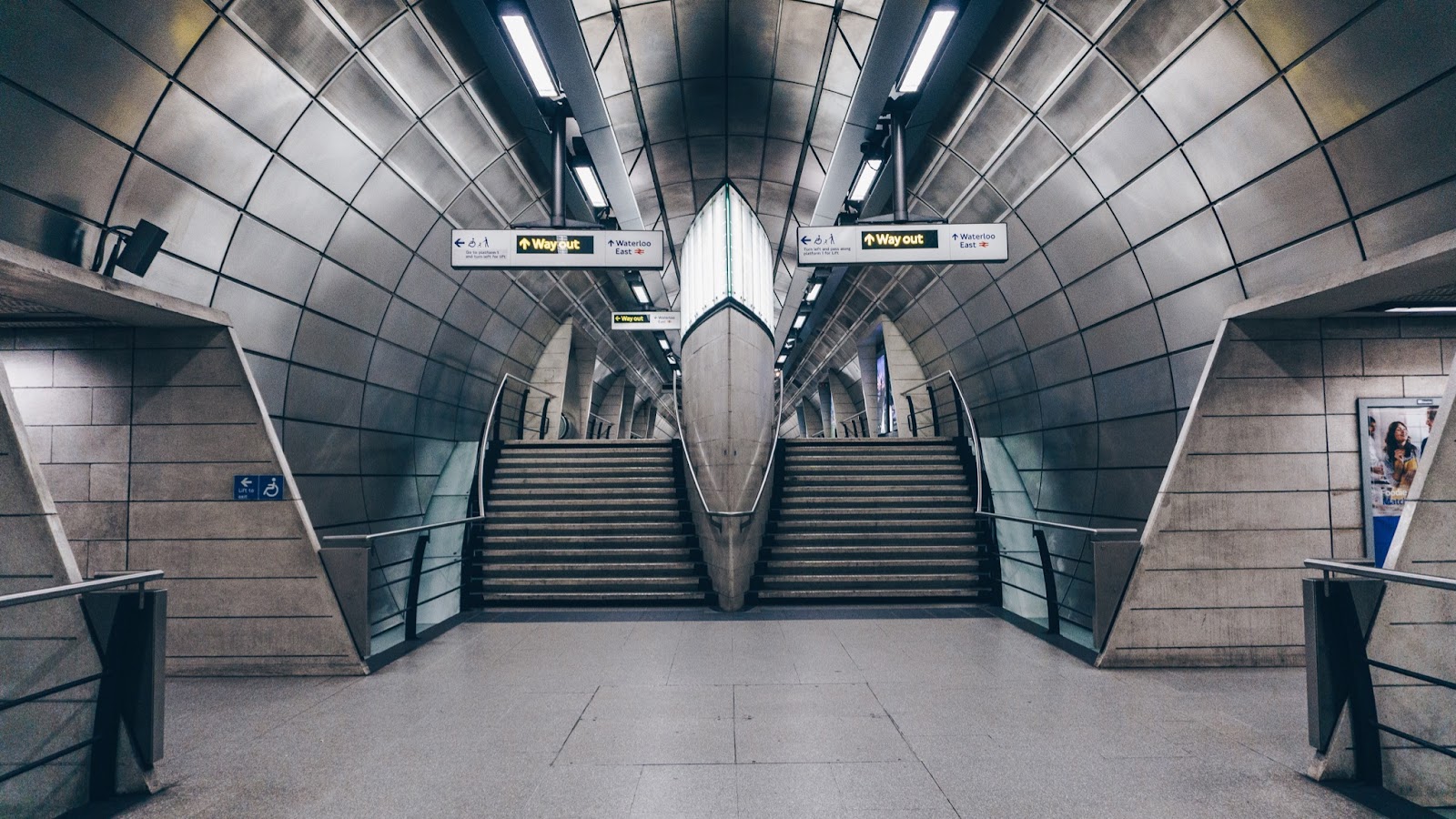 The best London tube stations to apply your makeup include:

If you find yourself needing to apply some makeup before your tube arrives, Lenstore’s research found that Southwark station is the best place to do so. As the newest station within zone 1, Southwark has an average temperature of 25 degrees (in rush hour) which is surprisingly cool compared to other stations such as Covent Garden, with an average temperature of 30 degrees.

Although a busy station, with an average of 28,187 station entries per weekday, it is not as busy as other stations in zone 1. For comparison, the likes of Kings Cross St Pancras and Oxford Circus are 4 - 5 times busier than Southwark and see an average of 149,150 and 121,364 station entries, respectively in one day.

Another tube station that made the top 10 best spot, and also has the added bonus of being one of the few stations that is above ground in zone 1, is Blackfriars. Similar to Southwark, Blackfriars has an average temperature of 25 degrees, making it cooler than a number of other stations, and actually sees fewer daily visitors than Southwark, at just 26,446 entries on a weekday.

Other tube stations that have been revealed to be among the best to apply makeup include Bayswater, which is the coolest of all the stations in zone 1, at 22 degrees celsius. Hyde Park Corner is another good choice to add to your commute if you’re able to. It is one of the less busy stations and sees just 7,515 weekday entries meaning you won’t have to worry about not having enough space to top up your makeup.

Bank & Monument and Kings Cross St. Pancras are the worst stations to apply makeup at 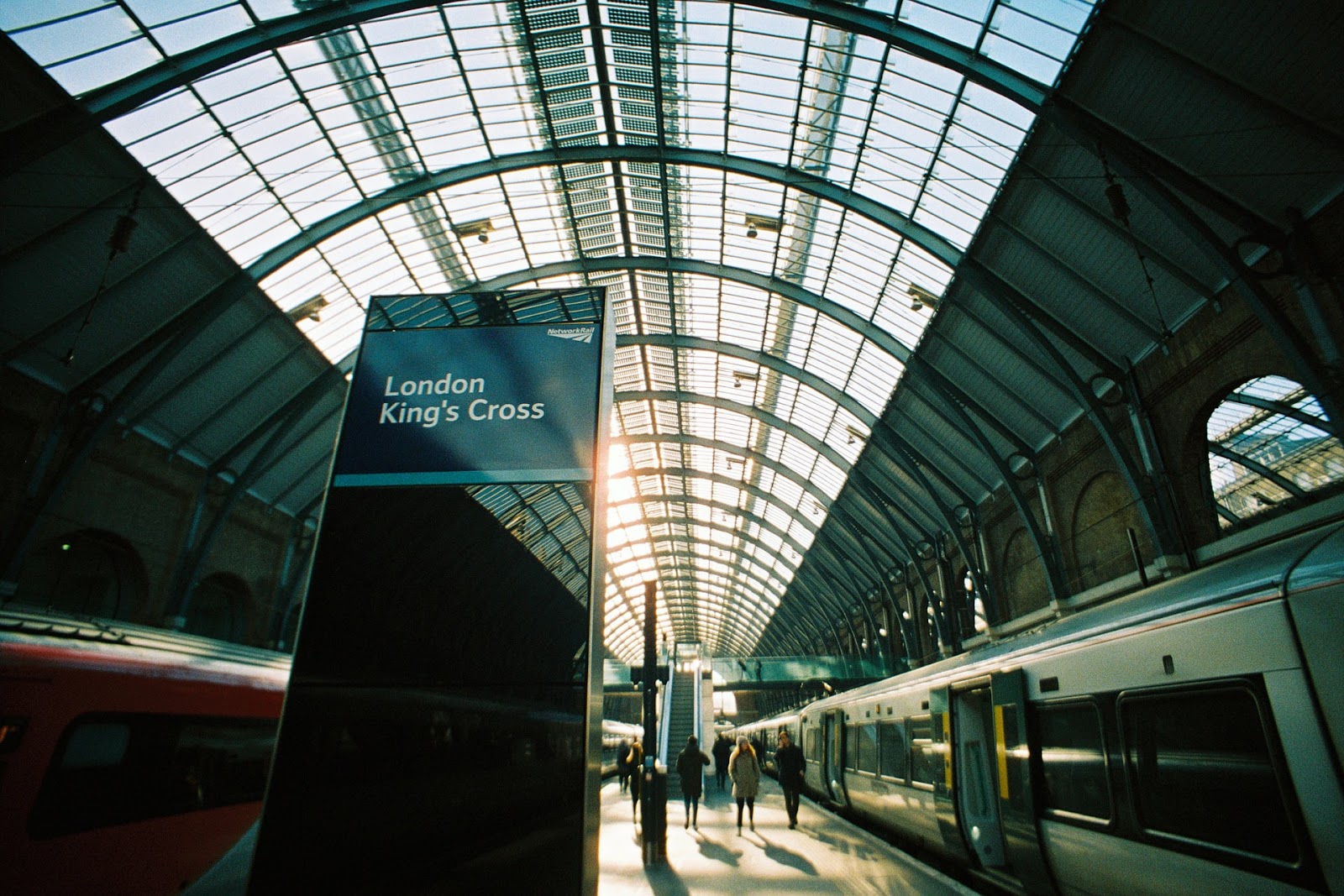 Jam-packed, hot, and among some of the oldest stations, Bank & Monument and Kings Cross St Pancras have been named the worst two tube stations in zone 1 by Lenstore.

Although it’s unlikely you’ll be wanting to apply makeup in these busy stations, the conditions make it virtually impossible to successfully do so. With average temperatures of 32 and 28 degrees celsius, and seeing 112,547 and 149,150 people coming through daily, these locations do not provide the best conditions to start applying your mascara.

London Bridge and Oxford Circus are also stations to avoid if you’re wanting to do your makeup. Oxford Circus is the third busiest station in zone 1 with a total of 121,364 weekday entries and also shares the top spot for being one of the hottest at 32 degrees celsius, along with Bank & Monument. As Oxford Circus is slightly newer than the bottom two,  it is the third-worst overall.

Again, London Bridge is extremely busy and jam-packed with daily commuters, however, it is an overground station, meaning it offers natural light. It is also 2 - 6 degrees cooler than the other three stations, but due to being the oldest station in zone 1 and one of the busiest, it’s not optimal for makeup application.

The worst London tube stations to apply your makeup include:

Top tips from the experts!

For those of you who may need to apply your makeup, we have teamed up with a number of makeup experts who share their top tips for applying makeup on the tube!

“My top tip would be to make sure you have dampened your beauty blender at home and to invest in a little case for it - that way, it won't dampen any other make-up items you carry with you. Powder foundations and cushion foundations are also the most foolproof tools you can use on the tube - they're an absolute must-have!” -

“You won’t have much room available and can only hold a certain amount of items at once, so keep your on-the-go makeup collection as small as possible whether this is by using travel-sized items or products that can be used for multiple purposes such as lip/cheek combos, brow products that can double up for eyeshadow/liner or vice versa.

A compact mirror is essential - even more handy if it's attached to your powder/foundation compact as that's already two items you need in one. Even better if you have a palette that already contains your powder/bronzer/highlighter AND a mirror. Remember to keep your kit simple and only bring what you really need.

Be confident in your application and keep your elbows close to you to avoid any smudging or mistakes and also avoid knocking into your fellow passengers. Use your time wisely and take any opportunity to apply products like eyeliner/lip liner when the tube has stopped.”

Roshni Patel, Lenstore’s expert optometrist, BSc (Hons) MCOptom says “Although in some cases, it may be necessary to apply makeup on your commute, I wouldn’t suggest making a habit out of this as you risk damaging your eyes. Firstly, the tube isn’t the most hygienic place for makeup application and you may be opening your eyes up to various germs and infections. Additionally, trains aren’t the most sturdy and with them being busy the majority of the time, there’s a high chance you may poke yourself in the eye with your mascara wand or eyeliner, resulting in damaged corneas.”

Based on 11 London tube lines, we ranked each line across 6 categories; temperature, customer satisfaction, busyness, average off-peak speed, overground score (% of the route that is above ground), and the age of the line. An average overall score was then calculated from the six categories to create the overall score for makeup comfort.

The same methodology was used for the Zone 1 stations, except it was over just 3 categories which were temperature, busyness, and age.

This article is brought to you by Lenstore, a leading UK supplier for contact lenses and contact lens solutions & accessories.