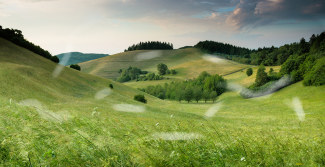 What are the floating specks in my eyes?

Photo by Claudio Testa on Unsplash

Have you ever wondered what those tiny specks and worm-like shapes are that sometimes appear in your vision? Maybe you’ve been worried about them before, or perhaps you’ve tried to work out whether they’re really maps for a secret mission. No? Perhaps that’s just us. Well, we have news for you – these weird little specks are called floaters.

If you have a few floaters in your vision, there’s generally no reason to worry. They’re very common and not harmful. However, if they’re accompanied by flashes of light, or you’ve suddenly noticed an unusually large number of floaters within a short space of time, they could be a symptom of a more serious problem.

What causes floaters to appear?

To understand what floaters are, it’s first important to know about the vitreous. Making up around 80% of the eye’s total volume, the vitreous is a clear gel that puts pressure on the inside of your eye and helps to maintain its shape.

Floaters are most commonly formed when small pieces of the vitreous break loose within the back of the eye. These undissolved gel particles float around the vitreous and are most visible when you’re looking at something bright, such as the sky or a white wall.

The vitreous is stagnant. This means that there is no circulation of the gel, and anything within it will remain there forever unless it’s surgically removed. The floaters within your vision will shift around, and they may break apart over the years, but they’ll ultimately be present for the rest of your life.

Should I worry about floaters?

In most cases, having floaters should be nothing to worry about. As long as they aren’t obstructing your vision to the extent that it has a negative impact on your life, they are generally harmless. However, if you notice a sudden increase in floaters in your vision, then you should visit an eyecare professional as soon as possible.

A noticeable rise in floaters may be due to vitreous detachment. This is when the vitreous pulls away fibres connecting to the retina in short space of time. The condition usually isn’t sight-threatening and doesn’t require treatment.

If the more frequent occurrence of floaters is accompanied by temporary vision loss or perceived flashing lights, then it could be indicative of retinal detachment. This condition is considered a medical emergency and may quickly lead to blindness or permanent vision impairment if left untreated. If you ever suspect you have the symptoms of retinal detachment, contact an eyecare professional immediately.

Is there a treatment for floaters?

In most cases, the treatment of floaters is not recommended. The associated operation can be risky and may lead to complications far more severe than the original issue.

When floaters are so dense that they severely impair vision, a vitrectomy is the most common treatment. This surgical procedure removes the entirety of the vitreous gel from the eye, which is replaced with a salt water solution.

Laser treatment of floaters is also possible. The laser can break apart the floaters without the need for traditional surgery. This laser treatment has, in the past, had the disadvantage of possibly causing collateral damage to the eye’s surrounding structure. However, the procedure has improved in recent years, with modern lasers able to perform more accurate treatments.

So, there you have it! The answer to the question you’ve been asking all your life. If you have any further questions about floaters or any concerns, do get in touch with an eyecare professional.