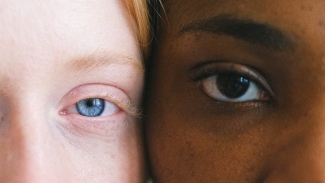 The most common eye conditions

Our eyes are sensitive organs that are susceptible to many conditions and diseases.

Most eye conditions are no cause for concern, as they can be easily detected through regular eye exams. However, if you ignore symptoms or don’t see an optometrist every two years, some conditions can go untreated or unnoticed and may lead to mild to severe vision loss.

Refractive errors, such as short or long-sight, tend to occur when the eyeball is too long or too short and light can’t focus properly on the retina, whilst astigmatism is caused by either a misshapen cornea or irregularities in the crystalline lens.

Most people have a mild form of astigmatism, and every person develops presbyopia after the age of 40, losing the ability to focus on close texts and objects.

Age-related macular degeneration is a condition that gradually impairs your macular, which is responsible for your most central vision, and usually develops after the age of 60. It decreases the retina’s ability to focus and causes central vision to appear blurry or distorted, impacting day to day tasks like reading.

A study on global health shows that AMD affects more than 8% of the global population.

According to the World Health Organization (WHO), approximately 65 million people worldwide are affected by cataracts.

Diabetic retinopathy is an eye condition that can occurs in patients with type 1 or type 2 diabetes. The blood sugar levels affect the blood vessels of the retina and severe stages of untreated diabetic retinopathy can result in vision loss.

Diabetic retinopathy is one of the leading causes of blindness worldwide and WHO estimated that 3 million people are affected by it.

Open-angle glaucoma is the most common type of glaucoma and is caused by raised pressure in the eye, gradually damaging the optic nerve. It develops slowly, often without symptoms during the early stages.

The condition can be inherited and is usually detected through regular eye exams. According to WHO, approximately 7 million people worldwide have glaucoma.

Dry eye syndrome is a chronic disease, causing gritty and sore eyes. It can be caused by various factors that disrupt the tear film, such as certain medication, allergic eye reactions, inflamed eyelid glands, or hormonal changes.

A study from the British Medical Journal suggests that 10% of the population above the age of 50 is affected by this condition.

Lazy eye is one of the most common eye conditions in young children, where eyes fail to properly communicate with the brain, causing decreased vision in one eye, while the other is solely responsible for vision. Amblyopia can be detected through eye exams and be treated with a pair of glasses or an eye patch, forcing the previously passive eye to do the work. The younger the child is, the more effective the treatment and the better the prognosis will be.

The British Journal of Optometry published a study that estimated almost 100 million people worldwide have amblyopia.

Eyesight is considered as the most important out of the five senses by many. Out of the common eye conditions listed above, only few can lead to vision loss. Though this result can be easily prevented in the UK, some of these problems are the leading causes for visual impairment in developing countries.

Cataracts are typically caused by age or following an injury, but can also be caused by other health conditions, medical treatments, or past surgeries to the eye.

They are easily treatable by surgery, where the cloudy lens is replaced with an artificial lens, restoring clear vision. However, cataract surgery is not always an accessible option in most developing countries, making it one of the leading global causes for vision loss.

Age-related macular degeneration is an eye condition that develops in ageing eyes, as the name reveals. The exact causes for this condition are unknown but high cholesterol, smoking or genetic predisposition increase the chances of AMD to develop.

The common type of macular degeneration is dry, as opposed to the other type, wet. It causes the macular to deteriorate, resulting in blurry central vision.

Dry AMD, though it needs to be closely monitored and managed, does not have any treatment options.

Worldwide, untreated AMD is one of the leading causes for complete vision loss.

The most common form of glaucoma is open-angle glaucoma, a disease that is typically inherited, so it is important to make your optometrist aware if anyone in your family has glaucoma. This will help the optometrist to look out for a condition that develops with no obvious symptoms.

After an early detection, glaucoma can be treated with eye drops or through surgical therapies, which helps slow the progression of the disease.

However, glaucoma still remains one of the leading causes for complete vision loss, with close to 7 million people affected worldwide.

Diabetic retinopathy is caused by the high blood sugar levels in diabetics and affects the retina. It develops slowly and starts without vision issues, but if it goes unnoticed for several years the condition can cause severe vision loss.

If detected early enough, diabetic retinopathy can be regularly monitored and treatment through laser surgery or injections, can be offered at the right stage if required.

WHO states that 80% of those with type 1 or 2 diabetes are affected by diabetic retinopathy. Globally approximately 3 million people experience vision loss.

Different factors impact our eye health, but most conditions are caused by genetics or age.

Some of the common hereditary eye conditions are glaucoma, macular degeneration and refractive errors.

While most genetic eye conditions are not preventable, an awareness of your family’s medical history can help your optometrist to look out for early signs, so they can detect the disease in its early stages. Prompt intervention with treatment can help slow the progression of the disease and may help prevent irreversible damage to your eye health.

Ageing impacts many aspects of our body and our eyes are not left out by this change. Eye conditions that are caused by ageing include presbyopia, dry eyes, AMD and cataracts.

Regular eye exams should be scheduled every two years, this is especially important with age to ensure any changes are noticed at an early stage.

Most common eye conditions are not preventable. They may only be slowed down in progression through early detection and treatment.

However, secondary eye issues can be avoided, such as damage caused by injuries and dry eyes caused by dust or dry air.

How to keep your eyes healthy

Making sure your eyes are healthy may allow early treatments which slow down the progression of the disease.

The best way to slow down the progression of an eye disease is early detection, followed by careful management and monitoring. Adults are recommended to schedule eye exams every two years, but should you experience sudden changes in vision or intense pain that lasts over several hours, you can always arrange an emergency appointment. If you are a Lenstore customer you are entitled to a free eye test with Vision Express.

A diet for good eye health should include fruits and vegetables, ideally leafy greens like kale or spinach, and omega-3 fatty acids that can be found in fish.

Reduced consumption of alcohol and no smoking keep the whole body healthy, including the eyes.

The sun omits UV rays that can be damaging to your eyes. Wearing protective sunglasses will prevent damage to your eye health that can lead to further complications.

In addition to UV rays, your eye may also be affected by dry air or dust particles. Try to keep the humidity of your work and living space at a healthy level to avoid dry eyes from developing early.