Maintaining good health and a healthy lifestyle has never been more important, particularly with the previous two years of restrictions making it difficult to get out and exercise. But with 2022 now here, and many of us looking to start fresh, the team at Lenstore has analysed 48 cities to determine the locations you need to be in that will give you the best chance of fulfilling this.

With many different factors contributing to a balanced and healthy lifestyle, the environment you are in can play a huge part.

From obesity levels to pollution rates, each city has been scored across 10 healthy living metrics. One question remains, do you live in the best city for healthy living?

Known for its culture surrounding artwork, music and architecture, the Austrian capital provides the perfect place to live a healthy lifestyle. With 1,884 hours of sunshine each year, a cost of a water bottle coming in at an affordable £0.58 and sitting as the ninth happiest country of the locations analysed, Vienna comes out on top as the place to live your best healthy life.

Dubai experiences a staggering 3,509 hours of sunshine per year, which is the second highest, with Cairo ranking first, attracting tourists to the famous beaches and sand dunes. The city isn’t just perfect for those in need of some Vitamin D and wanting to relax, with the city having almost 2,000 (1,889) outdoor activities for active-lovers. These outdoor perks outweigh the high cost of a monthly gym membership of £55.57, and if you like the heat, this is the place for you.

Known as one of the happiest cities in the world (ranking second, beaten only by Helsinki in our research), the Danish capital moves up two rankings from our 2021 healthy cities report, now sitting at third. Copenhagen boasts the third lowest annual working hours, only behind Frankfurt and Berlin, with 1,346 hours worked each year (25.8 hours/week). Breathing clean air also comes easy in Copenhagen as it has the fifth lowest pollution index of any city analysed, the perfect place for any outdoor exercise. 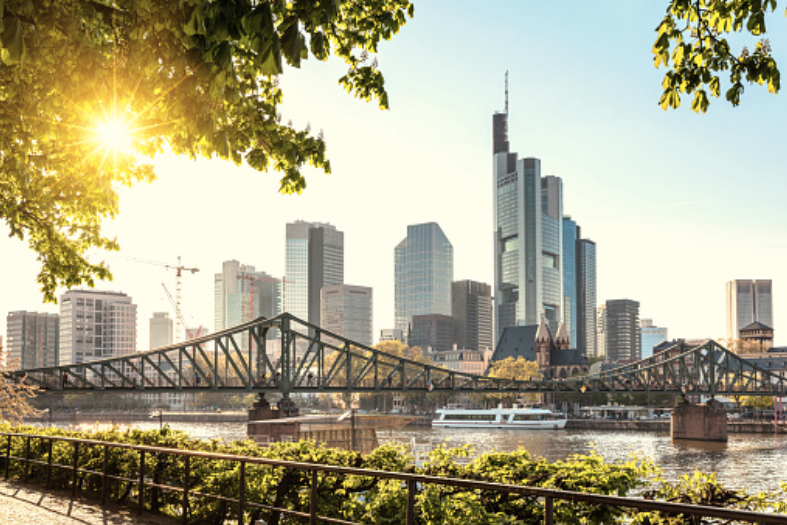 When looking at the total number of hours worked per year, Frankfurt comes in joint first as the city with the best work-life balance at 1,332 hours, which is just over 25 hours worked each week. The benefits of these lower working hours also reflect in Frankfurt’s high happiness score of 7.3/10.

The Dutch canal capital closes the top five cities to live a healthy lifestyle, despite dropping from first place in the 2021 report. Though Amsterdam may have come down in the rankings it still holds the fifth position for its happiness ranking (7.5/10). It also has the sixth lowest levels of obesity in Europe with 20.4% of its population, beaten only by the likes of Geneva, Zurich and Milan. With a life expectancy of almost 82 years Amsterdam is another great city to relocate to live a healthy and happy life.

Ranking as the happiest city of all locations, Helsinki also has the lowest pollution levels with a score of 13.2/100. In addition, the Finnish capital ranks fourth for the lowest number of takeaway restaurants, meaning you’re less likely to be tempted by unhealthy foods.

Another city steeped in culture, Berlin’s average life expectancy is 81.1 years, which has increased from 80.6 in recent years. The German capital has also seen a decline in its costs to live a healthy lifestyle with an average monthly gym membership costing only £24.05 and a 1.5L water bottle costing £0.55 compared to £25.11 and £1.55 respectively in 2020. In addition to its low costs to live a healthy lifestyle, Berlin ranks ninth in Europe for the lowest pollution levels. 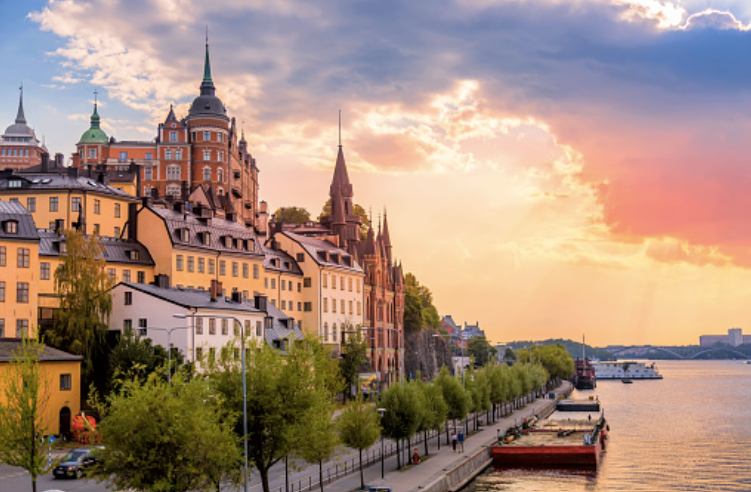 Stockholm ranks eighth on our list for cities to live a healthy lifestyle in. Though the cost of living may be high with an average monthly gym membership setting you back £36.74 and a 1.5L bottle of water costing £1.27 the Swedish capital ranks seventh in Europe for low obesity levels and has an average life expectancy of 82 years. With mental health being more important to prioritise than ever,  Stockholm has ranked sixth out of the cities analysed for happiness levels with 7.3/10.

Fukuoka, the second non-European country on the top 10 list, boasts the joint-highest life expectancy of all 48 cities alongside Osaka and Tokyo with an average of 84.9 years, increasing from 83.2 in 2020. Not only is Fukuoka known for its incredible cuisine but, its ability to assist in a healthy lifestyle should not be overlooked. With obesity levels just over 4.3% of the population, the second-lowest in the world and the cost of a bottle of water only reaching £0.81, a healthy lifestyle is easier than ever in this city on the northern shore of Japan’s Kyushu Island.

The last city to make the top 10 list is Geneva. Known as a financial centre and location for worldwide diplomacy, Geneva ranks 10th for low working hours (1,495 annually) and third for happiness (7.3).

Geneva is on the more expensive side with a bottle of water costing £1.05 and having the 11th highest monthly gym memberships of the cities analysed, setting you back £58.54 each month. However if you can afford slightly higher prices, this picturesque city is the perfect location to live a happy and healthy life.

London ranked in the world’s 10 most unhealthy cities

The USA dominates the bottom 10 cities for a healthy lifestyle with New York labelled as the worst. Whilst ranking highly for its sunshine hours at 2,535, the obesity levels in America reach over 36%, and its average life expectancy of 77, nearly 10 years less than Japan’s average at 85.

When it comes to takeout restaurants, it is in fact London that ranks with the highest with a staggering 6,925, over six times more compared to the healthiest city in the world, Austria, and over 25 times more than the city with the least, Beijing. London also lacks in vitamin D with some of the lowest sunlight hours a year at 1,633.

Taking care of all aspects of our health is important, from our mental health, our physical health and our eye health. With these results in mind, will you be relocating to live a more healthy lifestyle?

We collected data across 10 metrics for 48 cities around the world (please see all metrics below). Each of these metrics were awarded a weighted score and these were combined to give each city a total score out of 10. This score was then used to rank the 48 cities to determine which were best for healthy living.