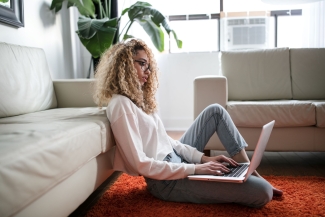 How screentime is affecting our eye health

Staring at screens has become a requirement for our day to day lives, whether it’s in our work lives or during social hours, the public are never far from a screen in 2022.

Whilst they are mostly unavoidable in our daily lives, staring at screens for a prolonged period has the potential to cause several eye-related health issues, including both eye strains and headaches. And while continual eye strain and headaches could indicate you may need an updated prescription for your contact lenses or glasses, reducing the time staring at screens could also help reduce the impact.

To understand the scale of the UK’s exposure to screens, we investigated the amount of time the country spends looking at various screens each day, as well as asking 2,000 UK residents about their screen activity to gauge the health impacts involved.

Screentime Around the World

Taking into account the time spent looking at computers/tablets, phones, televisions and game consoles, the British public spends an eye-watering 13 hours and 2 minutes looking at screens every day. When calculated over the course of a year, each person in the UK spends an average of 16 days, 12 hours, and 25 minutes every month and a staggering 198 whole days each year with their eyes locked on a screen. 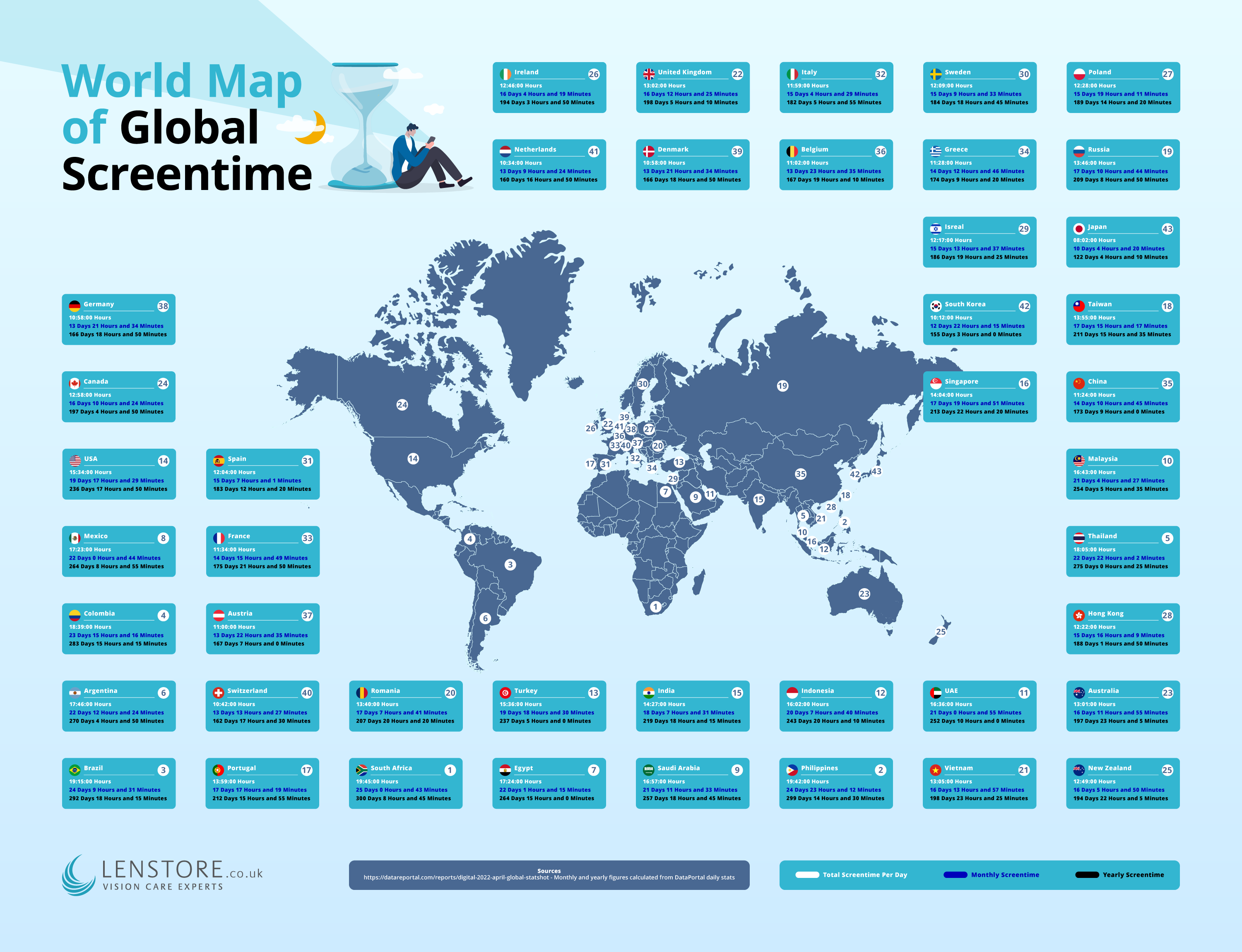 Despite the high numbers, the UK is actually in the middle ground when it comes to worldwide screen usage, ranking 22nd for the most screentime per day and 5% under the worldwide average of 13 hours and 46 minutes. 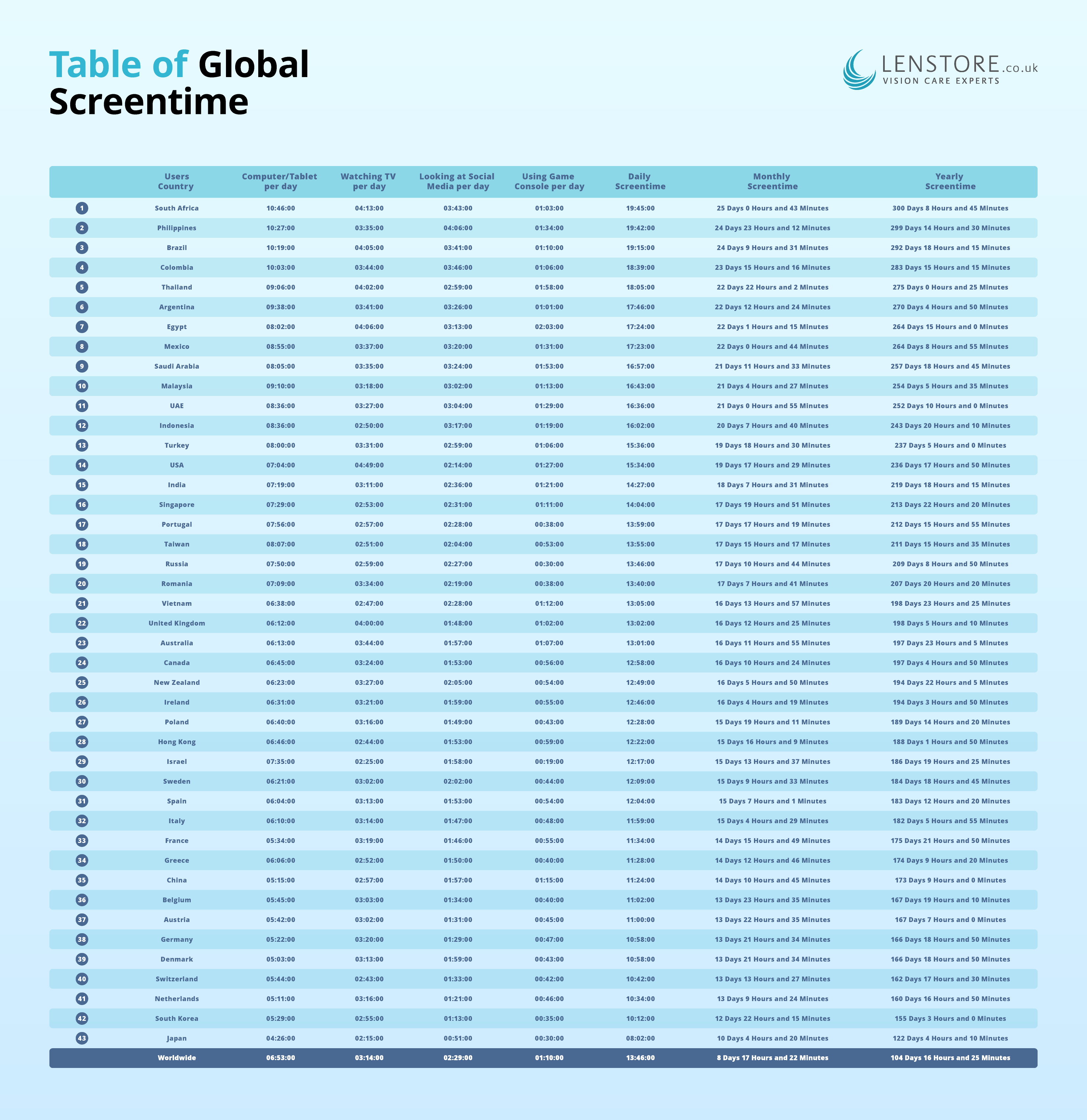 Digging into the UK’s Screen Habits

According to the latest data from YouGov, the average Brit gets 6 hours and 35 minutes of sleep each night, which means the country spends a staggering 75% of their waking hours looking at screens every single day. Based on the sleep figures, the nation spends almost double the amount of time on screens than they do sleeping. 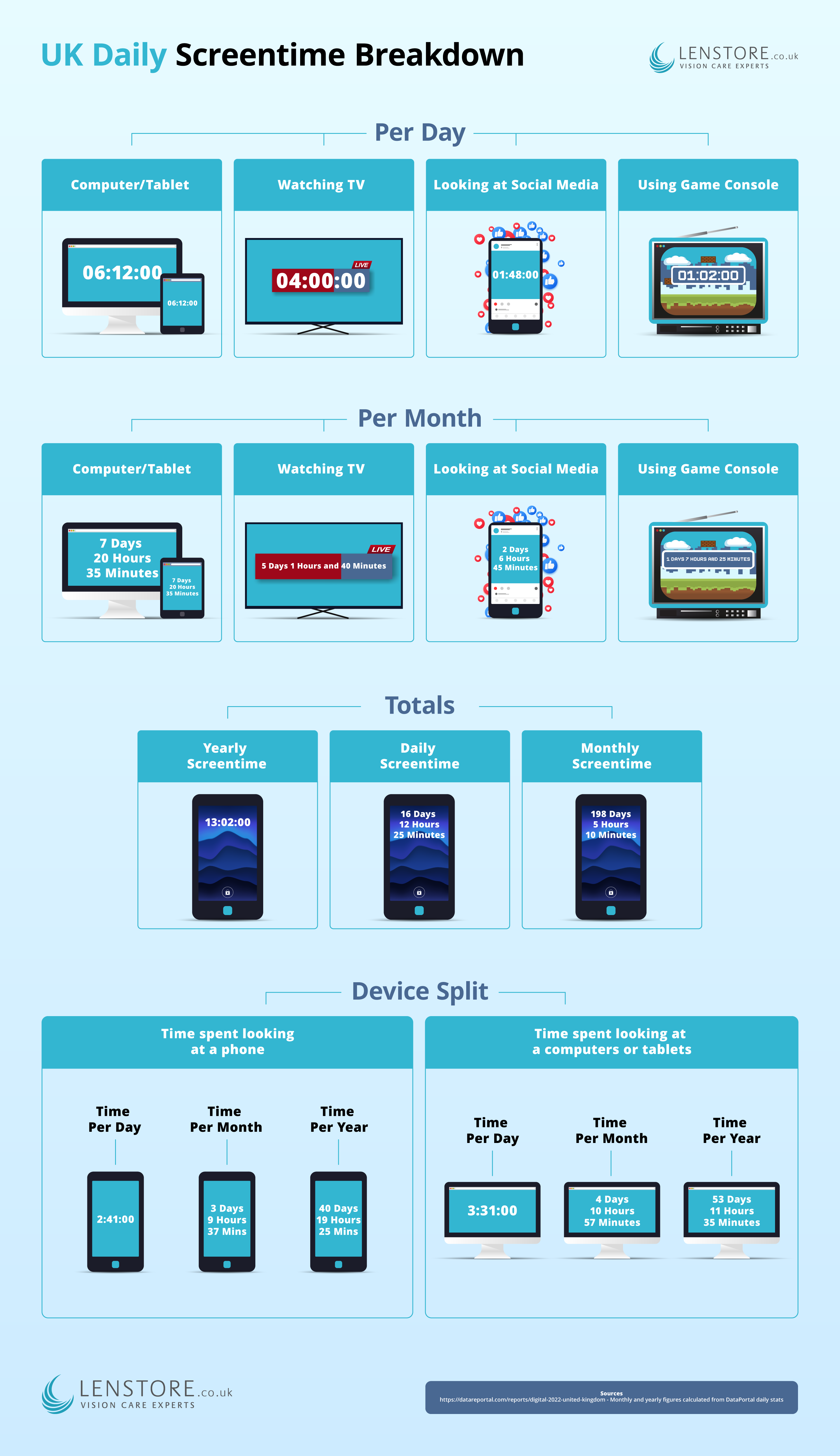 When the screentime is averaged out across the population, each person in the UK spends an average of 4 hours a day watching television, 3 hours and 31 minutes looking at a computer/tablet, 2 hours and 41 minutes looking at their phones, plus an additional 1 hour and 48 minutes on social media across all devices each day. The screentime usage is rounded off with just over an hour spent using games consoles (1 hour and 2 minutes) every day.

When it comes to social media, TikTok is the biggest draw for the UK, with the Brits spending an average of 27 hours and 18 hours a month on the video streaming app.

The data from our research indicates that screens fill up three quarters of our waking hours, but what impact is this screen use having on our health?

Over three quarters of Brits have suffered headaches from staring at a screen, while the majority have felt eye strain from looking at screens for too long (83%).

9 in 10 Brits also admit to looking at multiple screens at the same time (92%), with almost half admitting to doing this multiple times throughout the day (48%).

While the younger generation are stereotypically known to have their face in a screen, it is actually 35-44 year olds who are most likely to multiscreen numerous times a day;

When looking across the country, Sheffield residents are the most likely to multiscreen numerous times a day, with over half of residents admitting to this (59%), closely followed by Cardiff (54%) and Birmingham (53%) 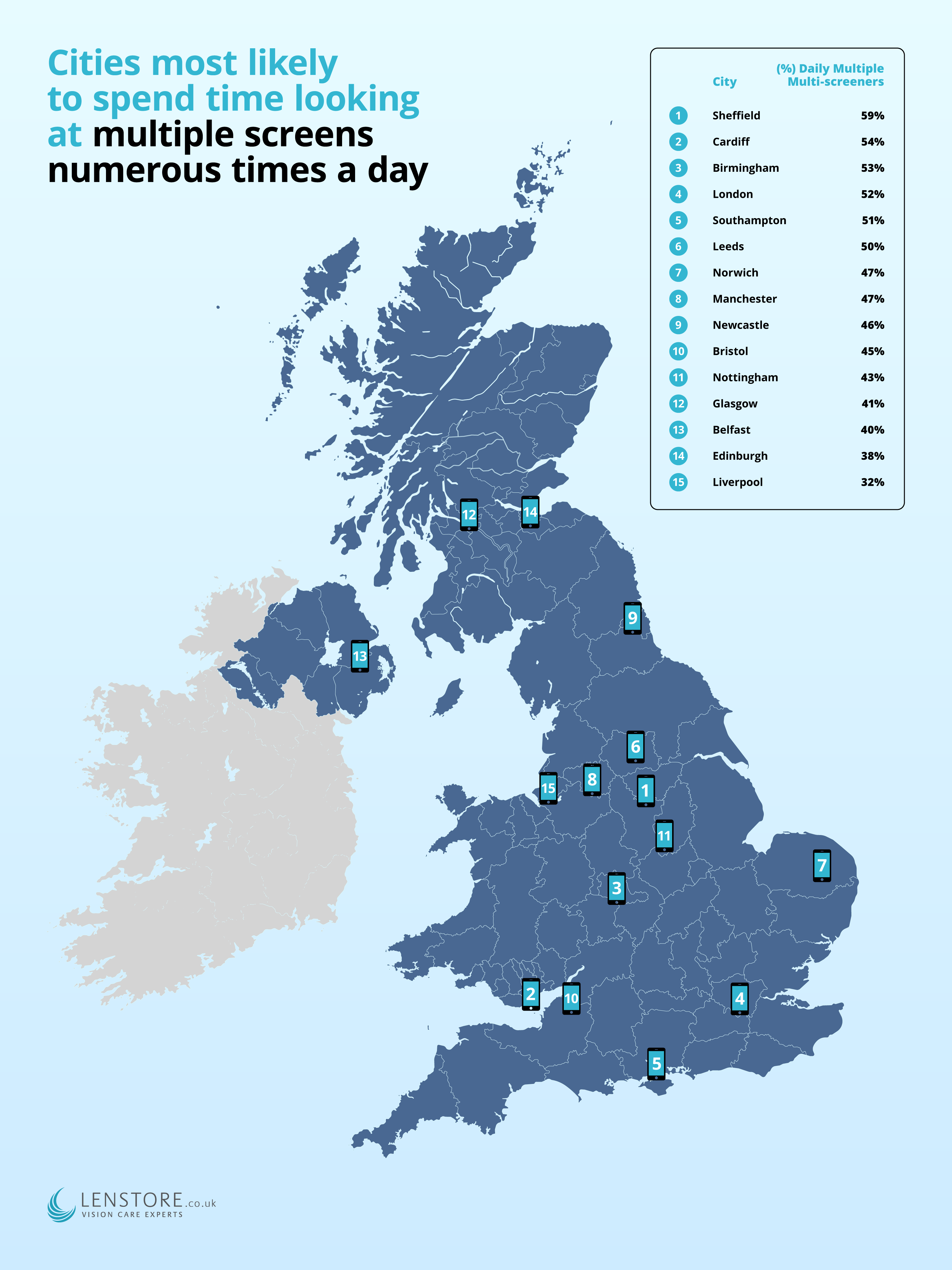 Liverpool residents are the least likely to multiscreen, however, still almost a third of residents admitted to this (32%).

How can you protect your eyes?

As our research has shown, the country spends the majority of the day staring at one kind of screen or another, but there are steps that can be taken to reduce the impact this can have on your eyes and overall health.

Turning down the brightness of screens, utilising dark or grey mode functions and stopping screen use at least one to two hours before bed can help ensure your eyes and body are getting the sufficient rest required.

Melatonin, a sleep hormone, works with your internal body clock to help prepare you for sleep. Blue light from smartphones, laptops and TVs can delay the release of melatonin, which in turn, can confuse the body. For this reason, it’s a good idea to avoid using your digital devices at least an hour before bedtime.

Too much screentime can have an impact on our eyes throughout the day. The reduced amount of blinking can cause our eyes to dry out and become tired quicker. It's best to take regular breaks to look at things that are further away - a great approach is the 20-20-20 rule.

Every 20 minutes, take 20 seconds to look at something 20 feet or more away. Small changes like this, as well as ensuring your sitting position is comfortable and not too close to your screen, can really make a difference to your eye health.