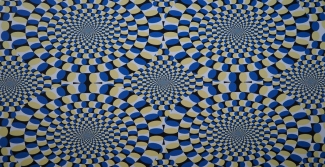 Can sensory deprivation cause hallucinations?

Just 15 minutes of sensory deprivation can induce vivid hallucinations, according to researchers. This process involves muffling the ears and blindfolding, so people are unable to see or hear. The study, led by Oliver Mason of the University College London, placed 19 volunteers in a sensory deprivation room which was completely soundproof and dark.

Participants said they experienced “perceptual disturbances, paranoia, and anhedonia” (inability to feel pleasure) after just 15 minutes of sensory deprivation. This supports a theory made over 50 years ago that symptoms of psychosis can be induced by sensory starvation.

Commenting on the study, psychiatrist Paul Fletcher of the University of Cambridge told Wired: “This is a pretty robust finding. It appears that, when confronted by the lack of sensory patterns in our environment, we have a natural tendency to superimpose our own patterns.”

The study concluded that the brain has a need for sensory patterns, creating them when none exist. The hallucinations are an example of ‘faulty source monitoring’, where the brain misattributes the source of sensory input.

Perhaps unsurprisingly, sensory deprivation has been used as a form of torture. So-called ‘white torture’ involves long-term isolation that can cause the detainee to lose their sense of personal identity. However, not all forms of sensory deprivation create a negative experience. Isolation tanks are widely used for relaxation and meditation.

These lightless, soundproof tanks allow people to float in salt water at skin temperature. This removes most sensations of touch, temperature and perception of gravity, as well as sight and sound.

Most of these therapeutic sessions in an isolation tank last between 60 to 90 minutes and are said to offer people clearer minds. Advocates of the isolation tank widely claim that it can even be used as a tool for enhanced problem solving and creative brainstorming. See – it’s not all bad!