The value of sleep on your health

Sleep is a human requirement to survive, and for many of us, it’s something we would like to get more of. According to health experts, sleep is not only crucial to allowing both your mind and body to recharge ready to take on the next day, but it also has other benefits, from improving your mental health to fighting off diseases.

But how much sleep is the world getting on average and where are the best cities to get a good night’s kip?

The team at Lenstore has analysed 36 cities across the globe to uncover where it’s easiest to get a good night’s sleep. From optimal temperatures and humidity levels to sleep in, to light pollution levels, each city has been scored across 8 metrics contributing to good sleep.

The top 10 best cities for a good night sleep are: 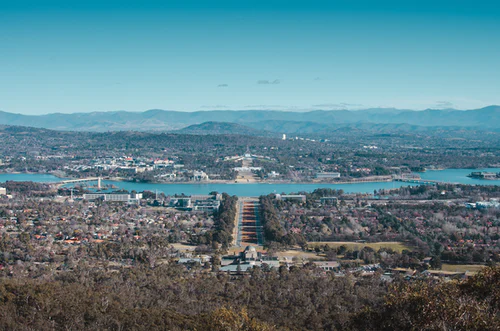 Known for its warm temperatures, Canberra, Australia takes the top spot in this analysis as the best city for a good night’s sleep. The Aussie capital ranks best of all locations for its lowest amount of night lights and noise pollution, which has a score of 80.82 out of 100. This is over double compared to the likes of Mexico City with a score of just 35.65 out of 100. The air quality in Canberra is also the third-best in the world, second only to Wellington, New Zealand, and Bern in Switzerland. 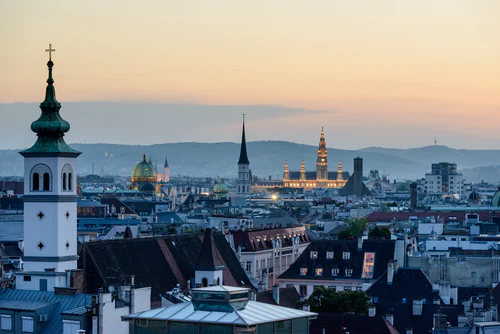 Filled with culture, Austria’s capital Vienna takes second place as the best city in the world for a good night’s sleep. Ranking in the top 10 locations for its low noise levels, and seventh highest for its air quality, this European city is a great place to get some rest. 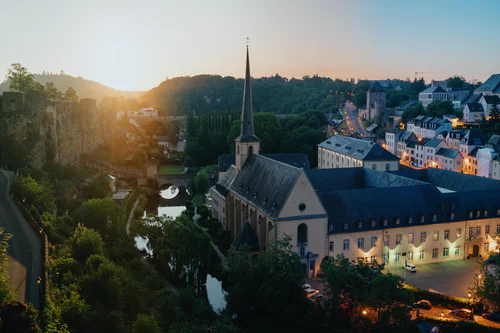 This small European location ranks third in the index of best cities to get good sleep, ranking well across the majority of metrics. Just 7.6% of residents in Luxembourg are working more than 48 hours per week, allowing them to switch off and get a good rest. Luxembourg also shows off the sixth-best air quality of all locations analysed 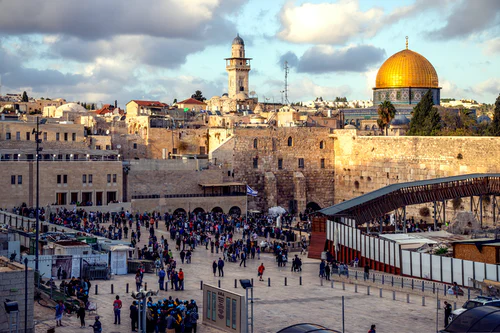 Not only is Jerusalem considered one of the holiest places in the world but it is also one of the best locations to sleep. The city ranks as the best overall for its optimal temperature, with it being an average of 19.2 degrees celsius, which is less than a degree away from the ideal temperature to sleep in at 18.3. Its humidity levels are also optimal at a percentage of 47%. 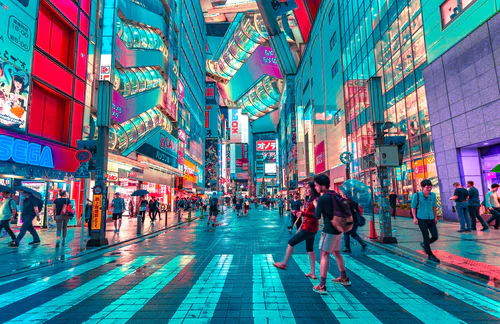 From its cherry blossoms to Harajuku, Tokyo is the fifth-best city to get a good night’s sleep. It is also one of the happiest, with it having the second-lowest population percentage of people with depression at 4.2% and one of the lowest search volumes for sleeping pills per 100,000 people at 18. 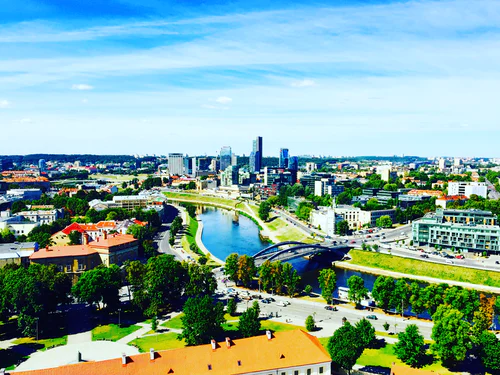 With its baroque architecture, this city sits at sixth in the analysis. The city’s population has the second-best work-life balance with just 2.3% of its residents working more than 48 hour weeks, with Riga, Latvia taking the top spot with just 2.2% of its population. Whilst the city has some of the highest levels of depression with 5.6% of its population suffering, trouble sleeping is on the lesser side with it ranking as the fifth-lowest city searching for sleeping pills. 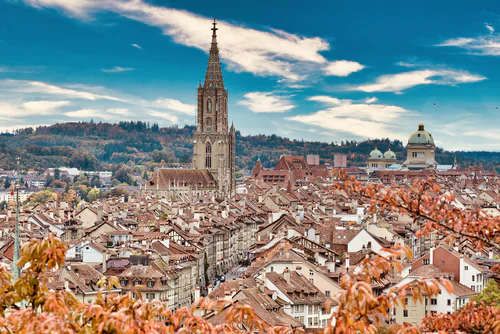 Known for its breathtaking views, Bern ranks seventh in this index and is positioned as the fourth-best city in the world for low light pollution, beaten just by Tokyo, Berlin, and Bogota. Bern also unsurprisingly shows off the second-best air quality with a score of 94.32 out of 100. 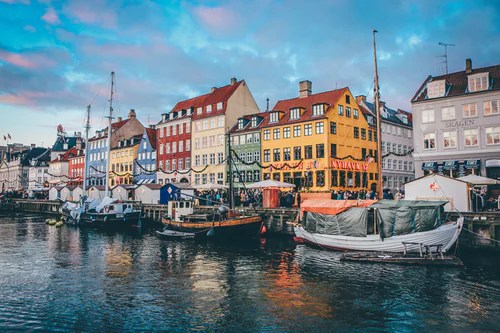 Like many Scandinavian locations, Denmark is known for ranking well for happiness levels and work-life balance. Copenhagen has some of the highest air quality at 81.43, which is over four times better than the quality in Santiago, Chile, which has a score of just 17.72. Known for being on the cold side, it may be worth bringing a blanket with Copenhagen ranking in the bottom 10 for ideal temperature to sleep, averaging at a chilly 7.5 degrees celsius. 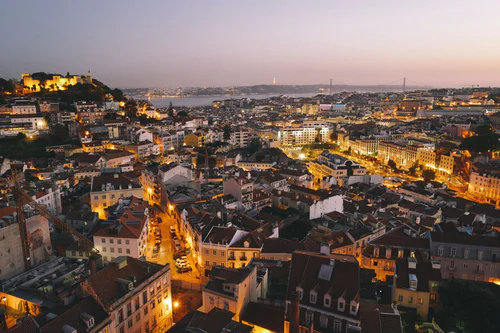 The Portuguese capital takes ninth place in this analysis and has the lowest searches amongst its population for sleeping pills. With less than one person per 100,000 people searching for this medication, compared to 224 people per 100,000 in Washington, USA. Lisbon also ranks as having the fourth most optimal average temperature at 15.15 degrees celsius. 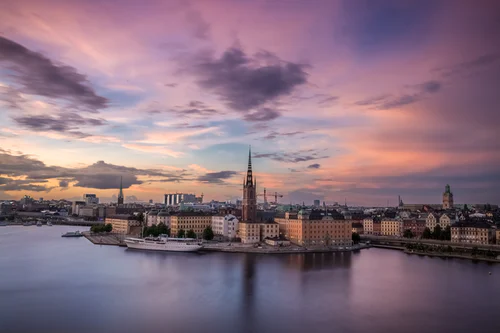 Coming in at tenth, Stockholm ranks well across the majority of metrics, including being home to the city with the fifth-best air quality with a score of 83.21 out of 100, and also the fifth-best city for low noise levels and reduced night lights. However when it comes to temperature, similarly to Copenhagen, the Swedish capital ranks in the bottom three with an average temperature of just 2.1 degrees celsius.

The best and worst cities for a good night sleep are

How much sleep are we actually getting versus how much should we be getting?

On average, a person sleeps for six hours and 54 minutes per night, and whilst this may seem relatively normal, the time we should be getting is a full eight hours, meaning we are missing out on 66 minutes of quality rest each night.

Whilst it is completely natural to have some better night’s sleep than others, it is crucial we don’t let this become a pattern and become sleep deprived.

With the average person losing over an hour each night, here is how much sleep we could be losing out on across our lifetime:

The results show just how many hours we could be losing out on if we don’t get the recommended amount each night, with the average person losing weeks and months of sleep across their lifetime.

How can lack of sleep impact your vision?

Just like any other part of your body, the eyes recover and heal themselves whilst we sleep. Lack of rest can result in a variety of symptoms in your eyes including dry, bloodshot, and itchy eyes, as well as eye twitches and spasms.

For those that wear contact lenses every day and for long periods at a time, developing dry eyes from lack of sleep can make your lenses feel particularly uncomfortable. It’s crucial to get a good night’s sleep to allow the eyes to replenish and stay as hydrated as possible to reduce discomfort.

Roshni Patel BSC (Hons) MCOptom comments on the importance of sleep on your vision.

‘Sleep is important when it comes to protecting your vision, and lack of rest can quickly present with signs and symptoms across your eyes, including dark circles, drooping eyelids, twitchy eyes, or spasms and puffy eyes. Lack of sleep can also increase your chances of developing an infection in your eye.

To lose over 30,000 hours of sleep over 50 years is both staggering and shocking, and will undoubtedly have effects on not only your eye health but overall health and wellbeing.’

We’ve used these results to present to a number of health experts to find out their thoughts on the data:

Joe Mitton, Personal Trainer, and owner of Mitt-Fit stresses the importance of sleep on our health:

“Sleep plays a vital role in our physical and mental health for both positive and negative reasons. Not enough sleep will hinder your recovery, focus, stress, and energy levels as well as affecting your hormonal balance, with the most severe cases of insomnia even leading to psychiatric conditions as well as many unfavourable health consequences. Sufficient and regular sleep can provide your body with the much-needed rest it needs to perform at the highest level in work, relationships, and physical activity like the gym and sports.

Having a good nighttime routine is the best way to go for improved sleep quality:

‘We know that sleep can impact our cognitive function. If we’ve had a bad night’s sleep, concentration will be impaired, and this can also impact our memory and ability to make good decisions. In addition, lack of sleep can make our reactions slower, and we are also more easily overstimulated. This can make demanding tasks more difficult and possibly dangerous.’

Lack of sleep tends to make us less tolerant if we can’t concentrate. This can make relationships feel strained. People often feel like they need to be alone and are less likely to socialise if they don’t feel well-rested. This can lead to isolation and poor mental health.

Most people go through times of having poor sleep, sometimes due to having good times, other times due to stress. We can cope with the odd night of bad sleep but the accumulative effect can cause problems.’

A full list of the best and worst cities for a good night’s sleep can be found here: https://docs.google.com/spreadsheets/d/1YnrOtoUJXIX4mEwspScti4G0Gc6dvPQkABGhPvillcc/edit#gid=1642010107

We then analysed city population, ideal temperature and humidity to sleep to determine how close each city was to the optimal figures.

We also found out the average sleep time per night versus the recommended amount to determine how many hours and minutes were being lost over an extended period of time.

You can view the data in greater detail here: https://docs.google.com/spreadsheets/d/1YnrOtoUJXIX4mEwspScti4G0Gc6dvPQkABGhPvillcc/edit#gid=790763788

All sources can be found below: