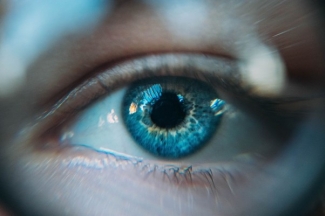 These are the most attractive eye colours

When picking prospective dating partners, there are many factors that we look at, and on dating apps like Tinder, Bumble, and Hinge, first impressions are vitally important.

One of those impressions comes in the form of eye colour. Eyes are said to be the windows to the soul, and a connection when you make eye contact can be the spark that leads to a long romance.

“Oxytocin can also be released when staring into another’s eyes which helps us bond with another and make us feel loved and safe.” says Ness Cooper, a sex and relationship coach at www.thesexconsultant.com.

But what are the most attractive eye colours? Lenstore has performed research on these major dating apps to investigate which eyes drew the most attention from possible partners.

A male and female subject were used across several sample images provided by each individual to create their online dating profile. Their eye colours were then modified in image-editing software between tests to see how many “matches” they could achieve using the same images and biography in the apps.

Blue is the most attractive eye colour in males

For men, blue eyes stood out as a clear winner, with total matches for the eye colour representing 27% of all results - while the next most popular version of the images, brown, garnered only 22%.

When looking deeper into the psychology behind eye colours, Ness Cooper says that “if you prefer blue eyes for example, it may be that you just have good past experiences as a child where happier feelings and positive hormones were released due to feeling safe with that person, and your memory may be recalling those moments when searching for a future partner or date.”

The least popular eye colour was purple, a colour impossible in natural eyes and only achieved through wearing coloured contact lenses, gaining only 8% of all matches.

Hazel is the most attractive eye colour in females

Among women, the results were somewhat less defined. While hazel was the most popular eye colour to receive a “like”, it only beat purple eyes - which aren’t naturally possible - by a single match.

Only green eyes seemed to suffer at all, with only 11% of matches reached. Blue and brown, the most popular for men, trended towards the bottom middle of the list, with brown eyes - the most common in the world - receiving only 13% of all matches.

The psychology behind eye colour and prevalence around the world

It’s clear that there are psychological reasons behind our preference of eye colours in partners. Speaking to Ness Cooper, she says that “some past studies have suggested that we are attracted to those with similar physical traits to our parents or even ourselves. This can include having a preference for eye colour that’s similar.”

“Although research on this is still limited, it may be that we like eye colours similar to the caregivers we had when younger due to the bonding that happens through hormonal releases when we’re small, rather than a direct link to genetic family and eye preference.“

The most common eye colour in the world, covering between 55 and 79 percent of humans, is brown, while the least common is green, at only 2 percent. Blue is the second-most common, between 8-10%, with hazel (a combination of brown and green) at 5 percent, and amber (closer to orange or gold) at 5%.

Darker brown eyes tend to be more common in Africa, and both East and Southeast Asia, while lighter brown eyes are found most regularly in West Asia, America, and Europe.

Blue eyes are more commonly found in Europe, and are due to a genetic mutation causing the eye to produce less melanin - all blue-eyed people share a common ancestor from around 10,000 years ago.

Green eyes are primarily found in Europe, with 16 percent of green-eyed people of Celtic or Germanic ancestry.

Hazel eyes are found all round the world, particularly in Europe and the US.

So which eye colour are you most likely to find a match with?

The experiment was performed over the course of 16th - 22nd September 2021 using two subjects. Their eye colours were digitally modified while their names, biographies, and all other aspects of their photos remained the same between tests. Tinder, Bumble, and Hinge were all used with the final count being a total number of matches across all three.

We offer the big brand lenses our customers want, at small prices, delivered to their door. But our service doesn’t end here, our team of opticians and eye care experts are on hand to help you get the most out of your vision. Whether that’s help finding the right lenses, how to practice proper lens hygiene or even tips for how to manage hay fever. And we provide all our customers with free eye tests and contact lens checks.

Lenstore is here to help you manage your eye health in a way that suits you.