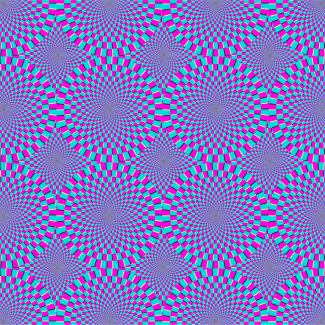 Four optical illusions and the science behind them

Is seeing believing? Four optical illusions that will make your brain hurt

Gold and white or black and blue? Who can ever forget the dress that sent the internet into a whirlwind?

Not everything is what it seems, especially when it comes to optical illusions.

This visual trickery uses colour, patterns, and lights to create images that trick or mislead the brain into seeing something that isn’t there. The information that is gathered by the eye, and processed by the brain, creates a perception that does not match the true image.

The experts at Lenstore have created FOUR illusions that will have you doubting what is right in front of you. What’s more is that they also reveal the secrets behind them to show exactly how your eyes are being tricked.

Look into the parrot’s eye for 15 seconds, when the image turns black and white, what colours are you able to see?

An afterimage is a sort of optical illusion where the images keep appearing even after exposure to the original image has ended.

You have probably experienced this before if you’ve looked at something for a prolonged time, and you are still able to see it even after reverting your gaze somewhere else.

To get an understanding of afterimages you have to know that there are two main types; positive and negative.

Positive afterimages are when the same colour as what you were originally looking at is still seen, even after the stimulus is gone – this may be due to the light going out or because you have closed your eyes. You are still able to see the image in its original colours because some cells on the retina continue to send signals to the brain for a while after they have been stimulated.

In a negative afterimage, the colour you see may be inverted or reversed from the original picture. Just like the parrot seen above. You are able to see an image with colours that are the reverse of how the image originally appeared. This is because the rods and cones, which are part of the retina, get overstimulated and become desensitised.

Stare at the different circles in the image and see what happens. 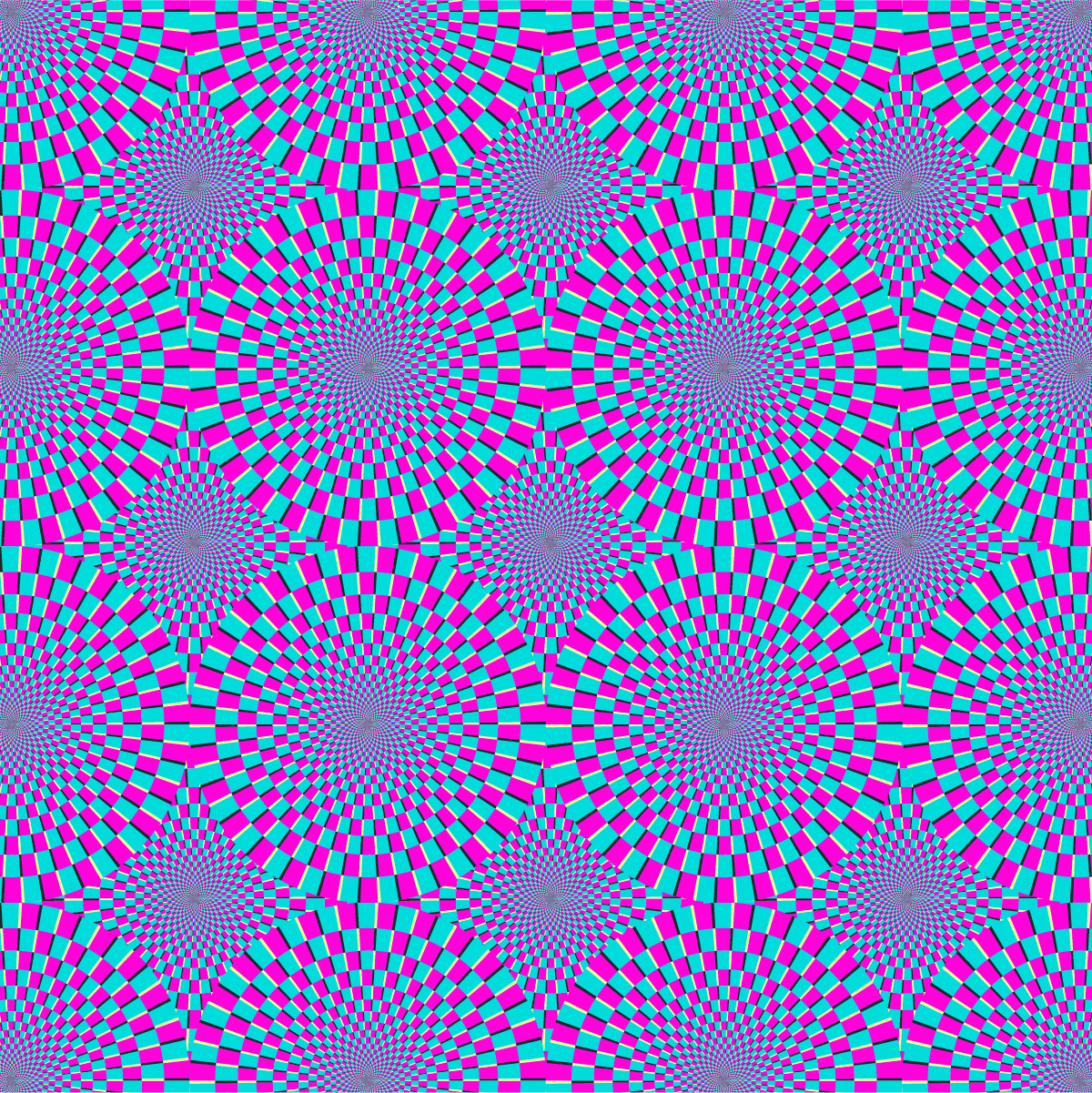 Illusory motion, also known as motion illusion, is an optical illusion where the figure, (in this case, the circles) appear to move even though the image is stationary.

There is no solid explanation for illusory motion, but some visual scientists believe that involuntary eye movements give the illusion that the objects you are staring at are moving. Whilst others think that motion detectors in your visual cortex get “confused” by changes in neurons which give the illusion of movement.

Follow the light grey spot around the circle for 30 seconds to 1 minute, and you will notice the other spot will eventually turn green.

If you stare at the cross in the middle for 30 seconds to 1 minute, the spots around the circle will disappear.

Named after Paul Troxler, the Swiss physician and philosopher found that the brain ignores visual scenes that don’t change and essentially remain static. In 1804, Troxler discovered that focusing the gaze on a certain element in your visual field can make other stationary elements in the object fade or disappear entirely.

Watch as the black bars roll across the screen, is the man really running?

First discovered by Max Wertheimer, in 1912 when he observed that light seemed to jump from one lamp to another when he turned it on and off in quick succession. Animated illusions are the effect of the Phi Phenomenon and work by presenting a series of still images in quick succession, which the brain then interprets as the image is moving.

This happens because the brain and eye can only process up to 12 images per second, so if the image is replaced in that space of time, it will create the illusion of movement and continuity. This process is known as the persistence of vision.
Whether you’re wearing glasses, any contact lenses, or have perfect vision we are all victim of being tricked by optical illusions.